Why 8 Books & An Ice Pack Are My Best Friends 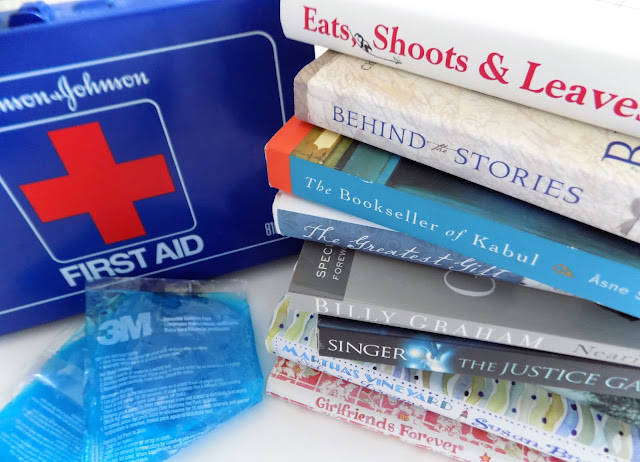 The ol' ice pack, along with eight books, have been my best friends this past month while recovering from a biopsy gone wrong. What a saga. Suffice to say, what was to be a simple procedure--the removal of a few glands in my mouth to rule out Sjogren's Syndrome--turned into weeks of pain and inflammation due to complications: my body's dislike of the sutures used and their unwillingness to dissolve.

It is now day 38 since the biopsy. Life is back to normal and writing a blog post possible. I've a stack of books to tell you about. Among the group are a classic, a biography, three mysteries, one memoir, a terrific thriller, and an absolutely awful novel.

I pondered whether to include that “awful” title, but I like it when friends warn me not to waste my time and money on a book with little redeeming value. Thought you might too.

OK, let's get to those eight books. 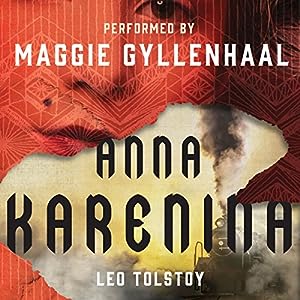 This classic, with its Russian setting, surprisingly moved along quickly and kept me intrigued, except for the two chapters when the men went hunting. I found them dull but recognize later on the author had a definite purpose for writing them.

The book is known as a “great love story,” featuring the beautiful Anna Karenina. That's not how I'd describe it as the story was much more complex because of Levin, the other key character in the novel. His inability to love and grasp man's purpose in life are in stark contrast to Anna. The author further complicates the story by mixing in issues such as class differences, faulty theology, questionable morals, and more.

What I did love about the book was Tolstoy's superb writing! He's a brilliant storyteller. Wish I could also say I loved his main character, Anna, but she was hard to even like given her faulty, selfish choices which led to her sadness and demise. As for Levin, I didn't care for him much either until the end of the book, which, if I told you more would spoil the reading of this classic.

A picturesque, seaside village in Wales is the setting for this mystery which revolves around a young female who has fled the scene of a car accident where a little boy has died. While the police investigate the crime, working to identify the hit-and-run driver, the female attempts to establish a new identity.

But fear dominates her world as she cautiously blends in with the locals while scared a certain man will find her. Meanwhile, she is befriended by a few from the village but still wary she will be discovered by the police who are mystified as to why she walked away from the accident.

I read this book based on its praise by several bloggers so went in anticipating a terrific story. For me, it didn't merit that high a rating. The writing was fine, the story had a few surprises along the way, but ultimately, it was a mystery too easy to solve. Audio version pretty good though.

Without Warning by Joel Rosenberg
Thriller,  480 pages, published in 2017
My rating: 4+ stars

I zoomed through this book and did not want it to end. Like the previous two titles in The J.B. Collins Series, this one is also a thriller involving ISIS, Israel's Mossad, U.S. Government officials, and the astute foreign correspondent, J. B. Collins.

Infuriated with U.S. President's weak stance on ISIS, and given inside information, J.B. returns to the Middle East. There he is determined to locate, with the aid of other key parties, the top man behind the terrorist group and prove his intent to infiltrate and overtake America. There is plenty of action, intrigue, a tiny bit of romance, political insights, plus integration of God's Truth which lends understanding to J.B. and his struggle with faith.

Undoubtedly, the most riveting part of the story is the shocking way it ends. Caught me by surprise, and left me thinking for days afterward.

Ever since I viewed “Shadowlands,” a movie about how C.S. Lewis came to meet, marry and care for Joy Davidman during her battle with bone cancer, I've been curious to know more this woman.

Aware she had embraced Marxism when young, and later Dianetics, it was no surprise to discover her biography reveal some interesting aspects to her life.

The book begins with her childhood and challenges with her parents, but the bulk of the book addresses her drive to become a recognized writer, her turbulent first marriage, unusual parenting of two sons, and the pursuit of Lewis. Sadly, her first husband's alcoholism and other behaviors, along with Joy's own flaws, eventually led to a divorce and her move to London.

I was hoping by books end to leave with a more positive view of Joy, rather than align myself with others who saw her as “brash, selfish, and driven.” Unfortunately, that didn't transpire as documentation from Lewis or Joy is sparse during their married years so little is known how her thinking or beliefs changed over the course of time. It is evident by a few letters between Lewis and Joy that they loved and enjoyed each others company, that Lewis aided Joy in her belief in God, and both were grateful to God for the time they shared together.

Don't let the title mislead you to think this is a sweet little story about a woman and her bakery. Quite the contrary; it is a suspense novel, loaded with twists and turns, a tinge of paranormal, and with a Christian worldview.

A former pastor and his wife are the main characters who have become owners of a bakery as a new career and ministry. But when the wife's car collides with a scooter leaving behind crushed metal and blood, but no body, a hunt for the missing person ensues. How an ex-con, a hostage situation, a cynical teenager, and a woman who detects God's direction via her identifying with the pain of others makes this mystery more than unusual … and ideal for those of you who are fans of author Ted Dekker.

While I liked the book the paranormal (or supernatural as some prefer to call it) aspect made me question whether this book lines up with Scripture which is why the 3-star rating.

Patterson is a popular writer, known for his mysteries. So when this title showed up at my library I was intrigued. I assumed it would be good. Oh, my. Was I wrong. It's awful!

First off, it's poorly written and edited. Reminded me of what a teen would quickly pull together for a creative writing assignment. It was so bad I actually double checked the short bio on the book jacket to make sure it truly was by the bestselling Patterson.

Second, while the story started off fine it soon became unbelievable! Just imagine the main character, a female doctor, living through these events in a short period of time: surviving a massacre; being shot by rebels; almost killed by a bus bombing; falling in love only to see him die; quickly falling in love again, marrying and losing that spouse and child in a car accident; becoming involved with a priest who establishes a Jesus, Mary & Joseph (JMJ) church/movement resulting in disapproval by the hierarchy; and the murder of the priest. And that's not all. While these events transpire the woman receives messages from God and at one point has a private meeting with the Pope. Like I said, unbelievable!

Though I was ready to abandon the book early on, I forced myself to read all 400 pages, as I was curious to understand why Patterson would write such a strange story and one that is sure to make many within the Catholic church livid. It seems his intent was to challenge the Catholic church to be more open-minded and inclusive of everyone: let women be priests, let priests marry, consider a female Pope, etc. It's definitely a controversial book, but what I found disturbing within Patterson's story is a theology that adapts itself to suit man's preferences, rather than live by the wisdom and words of God so clearly stated in the Bible.

This book is a blend of mystery, medicine, missions, and spiritual warfare. The main character is a successful heart surgeon who heads to Africa (his home as a young boy) to do further research on a new procedure he has developed. While there his skills will be used to assist the poor with serious medical needs. What he does not anticipate are threats on his life, bizarre prophecies, and other events that force him to face his past and deal with his current lack of faith.

Meanwhile, back home his wife is trying to get to the truth about her husband's involvement in a car accident which took place shortly before his flight to Africa. No one seems to know why he was with one of his female patients who died at the scene and everything points to her husband as the guilty party. Someone is lying, but just who?

Though this slim volume has been around for decades, it only recently got added to my “To be Read List." That came about after I heard major news networks report on Wiesel's death in August 2016 and make reference to his memorable work which has sold millions. The one-word title was not new to me, but learning more about the author and book's content awakened in me a desire to read it. And I'm glad I did.

It is a memoir of his time, as a teenager, in a Nazi concentration camp, but is much more than a retelling of the events and the atrocities he witnessed. It is also about his struggle with his faith in a God who does nothing to curtail the inhumane killing of innocent lives, plus how writing became his way to counter the guilt he experienced as a survivor.

If you do read this book, look for the updated version as it contains a foreword, written by his wife, giving added information about the book. There is a section at the end of "Night" by Elie in which he clarifies things mentioned in the book and underscores his view on the importance of remembering this painful time in Israel's history.

Well, this turned in to a rather lengthy post. Guess I'm a little rusty at writing after such a long hiatus. Will make my next post much shorter!


Julie
P.S. What are you reading these days? Anything that merits a 5-star rating?