10 Interesting Books and a Snazzy Pair of Socks! 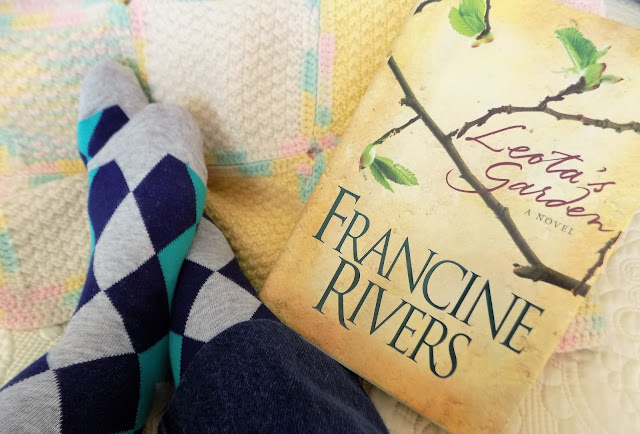 Do you have a certain pattern to your reading habits? By that, I don't mean the snazzy design on your socks which you wear as you read, but by the type of books you select. Do you always read fiction, or books that are short, or ones in a certain genre, or always titles from a bestseller list?

I doubt that most of us pay attention to our reading habits, but today as I scanned the copy below about the 10 books I've read in recent weeks, I realized a new pattern about myself. I tend towards variety!

My choices also seem to indicate a preference for books with a medical element. (I guess my childhood longing to be a doctor when I grow up still lingers.) Another pattern I spotted was my appetite to learn more concerning a subject I know little about, provided it is conveyed in an interesting manner which is what several of the titles below managed to pull off.

Being Mortal: Medicine and What Matters in the End by Atul Gawande M.D. For once I am in agreement that this book merits being a “bestseller.” Aware that the book addressed end of life issues and the author's religious beliefs that would differ from mine I still found it an engaging book.

The book's focus is on palliative care of those nearing the end of their life, a subject, sadly, most physicians receive little or no training in. Drawing upon his experience and interactions with his father (also a doctor) during his battle with cancer, along with other patients under his care, Gawande tells a compelling story and passes on important lessons we all can use. I wish I had read this prior to the years I spent caring for my elderly parents. Our conversations would have been so much better and richer had I known then what Gawande's book presents. 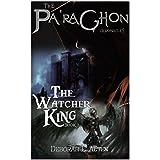 The Watcher King: Book 1 of The Pa'raghon Chronicles by Deborah Alten. This fast-paced fantasy can be read in under two hours! So hang on as the author takes you to a realm not of this world where two brothers, sole survivors of Pa'raghon, are thrust into a fight for the survival of their kingdom. Malatthias, the eldest brother and heir to the throne, with the aid of heaven's Holy Warriors, the Eldrids, and a number of unlikely foot soldiers join forces to hold back the evil army of Nephilim.

While fantasy is not my favorite genre, surprisingly I found myself enjoying the fast-clipped story and the author's skill at writing descriptive settings and action scenes. However, the plot-driven story and quick read didn't allow for adequate character development. But I'm hoping their personalities will evolve in Book 2, which is due out later this year. 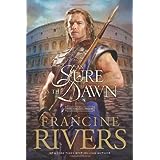 As Sure as the Dawn: Book 3 of the Mark of the Lion Series by Francine Rivers. No other series has impacted me more than this one and listening to the audio version made certain characters all the more unforgettable. In Books 1 and 2 the story revolves around Hadassah, a Jewish/Christian girl who is captured and sold as a slave by the Romans. In As Sure as the Dawn (Book 3) a German warrior is the main character. He too was captured by Rome but wins his freedom after years of success as a gladiator. Once free, he is determined to return to his homeland with his infant son who he was told had died but in truth was rescued and given to Rizpah, a young Jewish widow. Forced to return the child to the father, Rizpah obeys, but then God blocks the German's plan, forcing him to change his mind and allow her to journey with them back home. Multiple struggles are faced along the way, including his spiritual battle with God. But the worst comes upon reaching their destination and find their lives in danger due to their belief in the One True God. The Fall of Marigolds by Susan Meissner. Take one death aboard a ship destined for America in the early 1900's and a mystery begins. Add a beautiful scarf, bearing a name embroidered on its edging, that ends up in the hands of a nurse working at Ellis Island and the mystery turns into something more. Add to that two fires in New York City experienced by the nurse, and years later by a woman who has been given the same scarf to discern its original owner, this story becomes very complex. The author has also managed to weave some interesting information about Ellis Island and depict how people were processed before entering America creating a satisfying work of historical fiction. 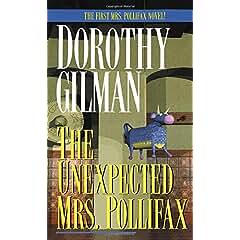 The Unexpected Mrs. Pollifax by Dorothy Gilman. This is a fun mystery thanks to the quirky, elderly and adventuresome Mrs. Pollifax who is determined to be a CIA agent. Through a mix up she lands the job and is immediately sent off to Mexico where her first assignment transpires. What she believes will be a 3-week-vacation-adventure turns into a kidnapping and the international hunt for her and the men intent on stealing a certain item. It's a who-dun-it with bits of humor sprinkled throughout.


Unashamed: Drop the Baggage, Pick Up Your Freedom, Fulfill Your Destiny by Christine Caine. After hearing positive comments about this woman I was curious to know more about her. Australia is her homeland and she currently heads up the A-21 Campaign, a Christian ministry she established to raise awareness and rescue those who are victims of human trafficking. What I found in this book was a lot of good information about shame and how to overcome it—a task that is not as simple as it appears. As someone who was bullied as a young child and experienced shame as a consequence of cruel remarks by others, shame is something Christine understands but has overcome. She offers solid, practical, biblical advice via words full of love and mercy. I listened to this in audio format and enjoyed Christine's Aussie accent and good delivery of her material. The only criticism I have of the book is the repetitive way she conveys her points. 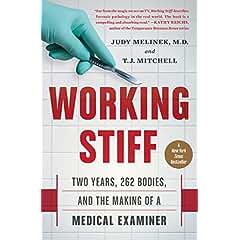 Working Stiff by Judy Melinek, M.D. This book is not for everyone. But, if you like forensic science and can handle actual detailed accounts from a coroner then read on. Medical forensics or mysteries intrigue me, so this book appealed to me, but an entire book of over 200 cases was a bit much at times, requiring several long breaks from the reading matter. The book follows a female doctor through her first two years of work as a forensic scientist in New York City with a glimpse into her personal life with her husband and young child. The best part of Working Stiff came when the doctor recalled events on 9/11 and the months that followed as she and others processed the whole and partial remains of the thousands who died in that tragedy. It's a perspective I've not read in any other article or book about that unforgettable morning and the days that followed. For that reason alone I'm glad I worked my way through this book as it broadened my understanding of those who saw it first hand and of those who came to the aid of others. Warning: a few obscenities.

The Domino Effect by Davis Bunn. If you own stocks, or work in the banking industry, or a financial manager, or simply find anything to do with money fascinating, then you will probably like this book. But even if you are not a whiz at finances and have no idea what is a “risk analyst” don't rule this book out. I know little about the stock market but was still able to enjoy this novel about a woman who works at a large New York banking firm and uncovers devious strategies being put in place that could spell financial disaster for millions worldwide. But how to counter and stop the looming crisis is the question and which propels the story along.


Only Time Will Tell: Book 1 of the Clifton Chronicles by Jeffrey Archer. It's been years since I've read an Archer novel so when this title came on sale I could not resist. He's still the good writer I remember. This title has some interesting characters—a young lad, an old man who lives in a railroad car, a wealthy aristocrat, a poverty-stricken widow, and more. It also includes a mysterious death, and a man with a hidden secret that, if known, would alter his son's world. It's not a great read, but an enjoyable one like the type you'd take to the beach or curl up with by the fire on a cold, winter's night. It has a bit of a cliff-hanger ending, but that's to be expected as this is a series.


The Atonement Child by Francine Rivers. This novel tackles and succeeds in addressing two sensitive topics: rape and abortion. In typical Rivers fashion, she has loaded her story with varying perspectives and uses three female characters to help us understand how one event has the potential to wreak havoc on many lives. What I did not expect as I read The Atonement Child was to gain bits of facts about both topics; I thought I was well informed but discovered there's always more to learn. How the author included varying viewpoints within the story made for a very balanced, practical, and thoughtful read. Placing the events within the context of a Christian family who has fiercely opposing views worked beautifully and forced the reader to ponder all perspectives before drawing any conclusions. What added interest in this story was knowing that one of the characters was based on Rivers abortion experience. This would make an excellent women's book club read.

Well, that's what has kept my life interesting since mid-December and what socks I'm wearing this winter.

What about you? Reading a book you just can't put down? Or figured out your particular reading patterns? This curious mind would love to know.